Fit Pants to Your… 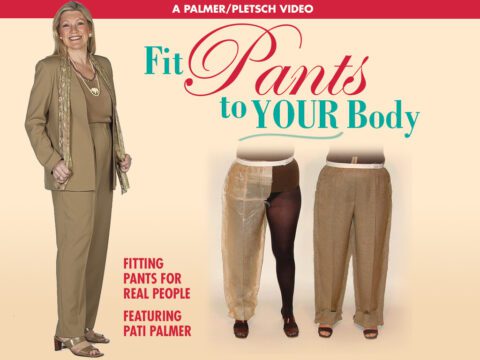 Pati Palmer teaches you how to tissue-fit a fitted and trouser-style pant. She covers how to buy the right size pattern, get the tissue ready and fine-tune the pattern before cutting. She addresses accuracy, common alterations, fabric pin-fitting, and waistband fitting. (1hr 20mins)

NOTE: This Fit Pants to Your Body video is the updated and remastered streaming and downloadable edition of the Palmer/Pletsch DVD Pants for Real People Fitting Techniques.

Fit Pants to your Body: A Peek Inside the Video Class:

Get that perfect pants fit!

In this video Pati fits a fitted style as well as a pleated trouser—a style that comes and goes and changes mainly in the amount of ease and number of pleats incorporated into the design. Even if you aren’t fitting a trouser, you will learn a lot watching this lesson.

Pati fits  herself to show you that you can too. You will learn to tissue-fit a pant pattern, alter it, and do the final fitting in fabric.

After fitting thousands of women in gingham pants, Pati Palmer experimented with using the tissue paper pattern instead. She found that if you reinforced the crotch with tape, you protect the pattern. When her students tried the tissue on one half of their body, she found that for the first time she could see what was going on in the crotch area. Fitting became dramatically easier.

Over many years she refined the method and the alterations. Then after 20 years of hands-on tissue-fitting, she came up with a fitting order that reduced confusion and improved accuracy. Print out the handout we provide and follow it when fitting any pant. 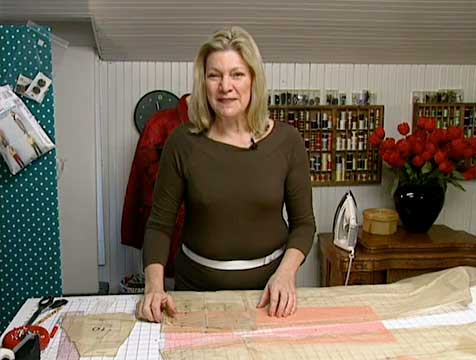 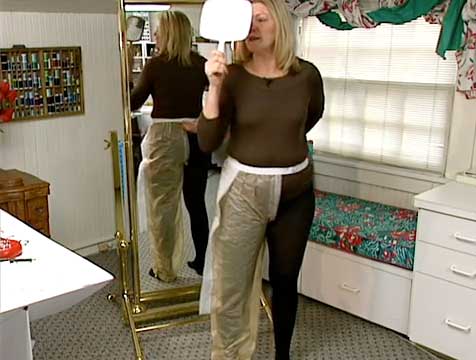 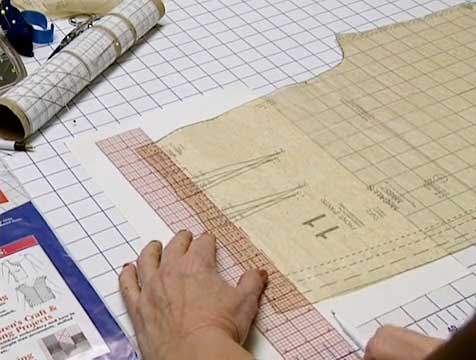 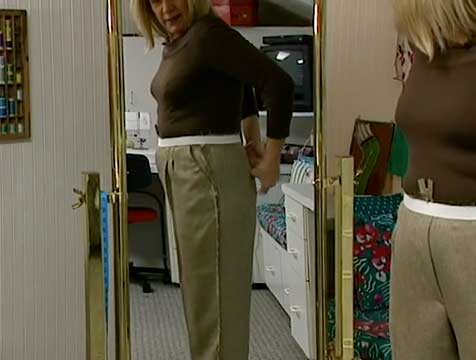 HOW TO BUY THE RIGHT SIZE PANT PATTERN

The perfect fitting pant begins with buying the right size pant sewing pattern.  Follow along as Pati Palmer shares her years of experience and 200+ pattern design know-how with you as we explore the types of patterns and fits you can go for.

Learn how you vary from a standardized pattern and alter the tissue to fit you using the Palmer/Pletsch Tissue Fitting Method. After watching Marta at work, you’ll be able to customize patterns so your handmade garments look and feel awesome. 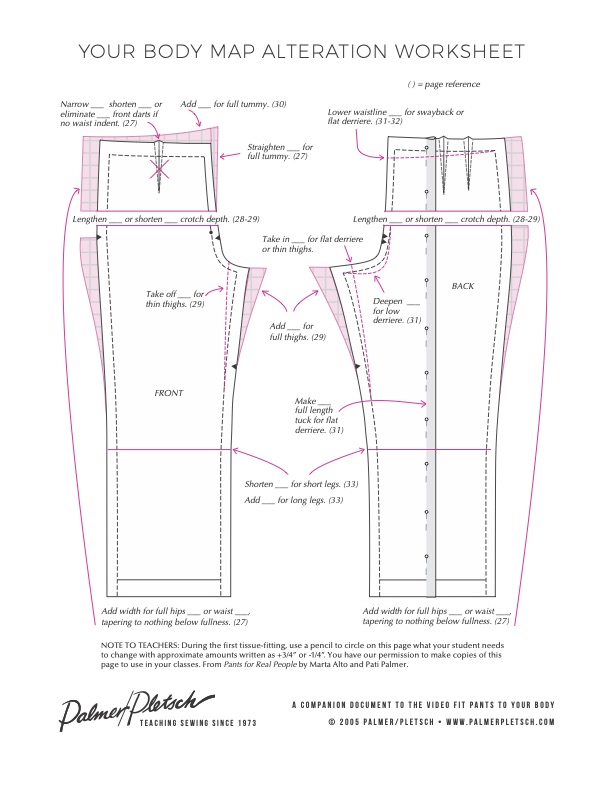 Especially prepared by Pati Palmer for this digital edition of the video class, enjoy both of these downloadable PDFs when you buy Fit Pants to your Body.  Refer to these handy guides while you watch the sewing tutorial. Narrow, shorten or eliminate front darts, straighten for a full tummy, lengthen or shorten the crotch depth. Check the fit and make adjustments to the tissue before sewing for that perfect fit! 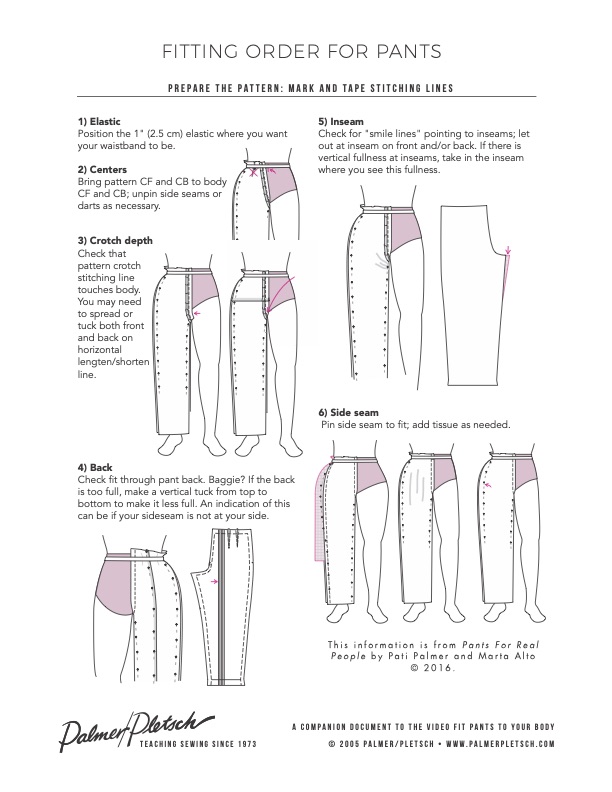 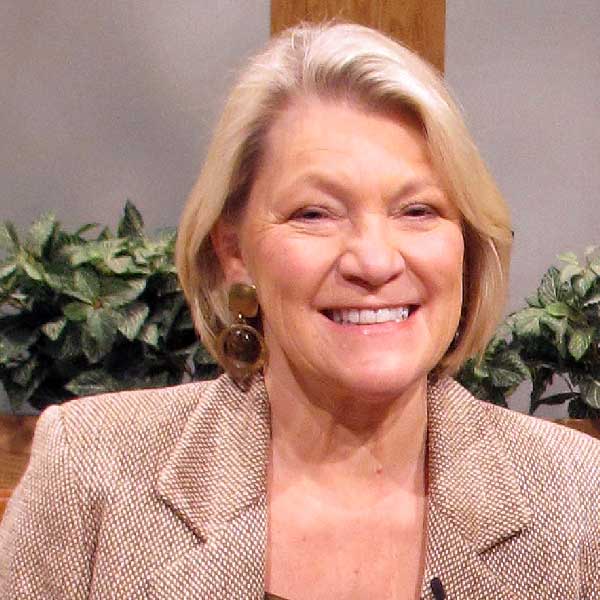 Pati Palmer is known for creating the Palmer/Pletsch tissue-fitting method along, with Marta Alto. Once the tissue is altered to fit, your pattern is ready to cut. After being an educator for an interfacing company and director of a sewing school and sewing notions and pattern buyer for a department store, she conducted seminars throughout North America and Australia for 15 years. In 1980, nine Palmer/Pletsch Educators taught 900 seminars in North America. In 1985, Pati established the Palmer/Pletsch International School of Sewing in Portland, Oregon, which trained consumers and sewing educators. In addition to Portland workshops, there are now satellite sewing schools in Pittsburgh, Michigan, and Seattle which also offer Palmer Pletsch “Sewing Vacation” workshops.

Pati Palmer and Susan Pletsch created Palmer/Pletsch to self-publish their early books which lead to publishing books by other talented sewing, image, and home decorating teachers.  Since 1980, Pati has designed and written instructions for 350 patterns for The McCall Pattern Company, starting with the now infamous Pati Palmer/Susan Pletsch 8-hour blazer pattern that stunned the industry by selling one million copies the first year. Prior to 1980 she designed for Vogue Patterns. Look for her newest line of patterns in Butterick coming soon.

Pati says, “I am thrilled to see so many young people sewing and sharing through blogging and social media. They are enthusiastic and innovative. Time for the 20- and 30-somethings to shine and the rest of us to continue our good work while mentoring them!”  Pati Palmer lives in Portland, Oregon.

For More Help with Fitting and Sewing Pants... 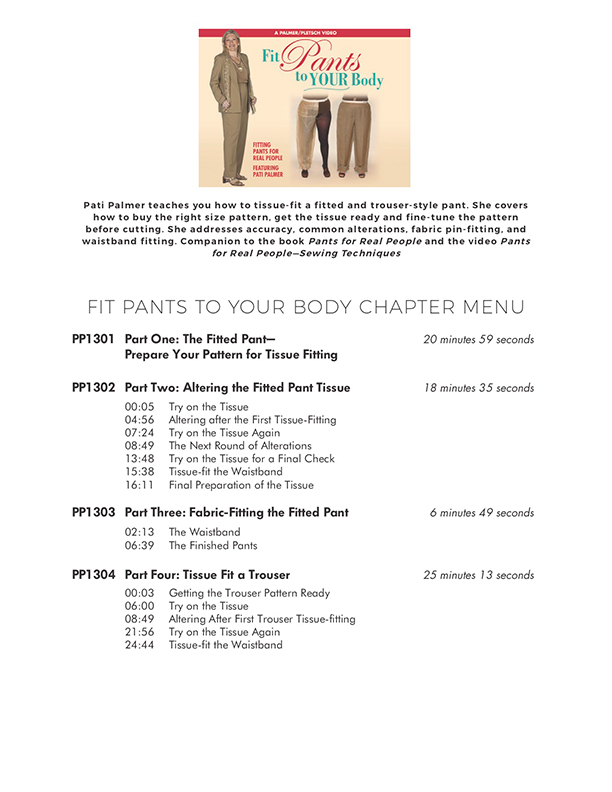 The Chapter Menu for This Video 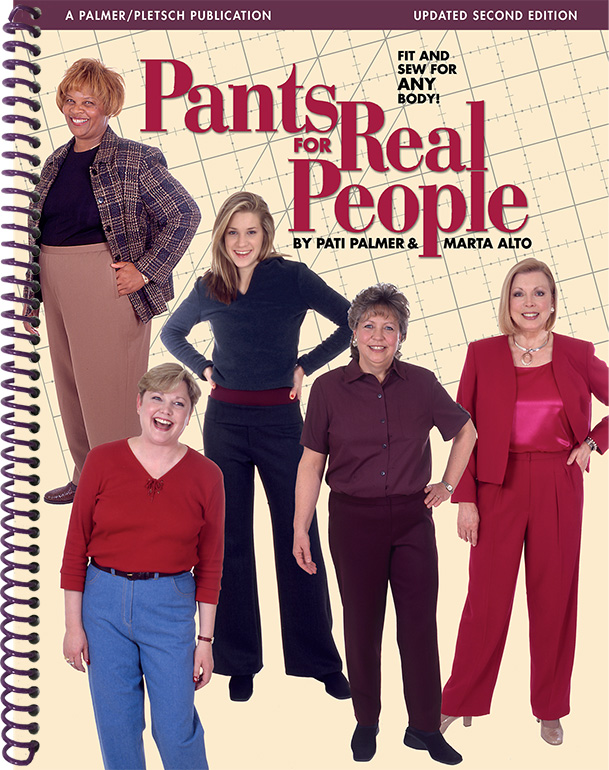 About the Author - Nancy Nix-Rice 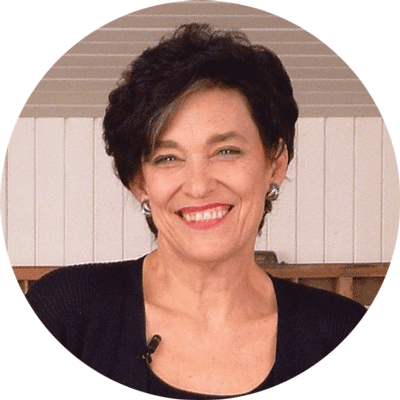 Since 1989, Nancy Nix-Rice has transformed women’s lives by transforming the contents of their closets. Looking Good…Every Day provides universal style guidelines to help women of every age, dress size, budget and lifestyle save time and money by developing optimal wardrobes. Nancy consults with private clients and presents in-person and virtual style workshops and writes for THREADS magazine.

In her online retail store , Nancy offers coordinating fabrics and fashion accessories. Her new online subscription community—LOOKING GOOD Together —l ets members learn together and support one another in creating their optimal wardrobes. Her Looking Good…Everyday video is soon available for streaming!

About the Author - Sue Neall 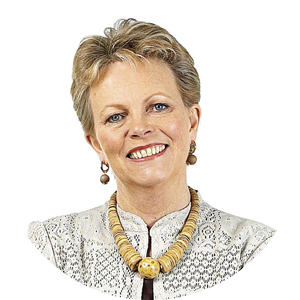 Sue’s lifelong passion for sewing started from the cradle with a mother who was a patternmaker and grader and three equally gifted aunts, all involved in Australia’s growing apparel manufacturing industry. After college, Sue was the national education manager for the McCall Pattern Company, national sewing promoter for Bernina Sewing Machines, executive director of the Australian Sewing and Craft Industry Association (ASCIA), co-founder of the Australian Sewing Guild, and founder of Australian Stitches magazine.

As the longtime director of Palmer/Pletsch Education, Australia, Sue offered workshops and teacher training. After teaching Palmer/Pletsch jacket workshops for many years, she joined Pati and Marta in writing Jackets for Real People.

Sue is also co-author of Knits for Real People (available as flipbook, too!) To showcase “Aussie creativity” in the book, Sue’s Australian students were invited to America to be photographed by Pati in her studio.

About the Author - Pati Palmer 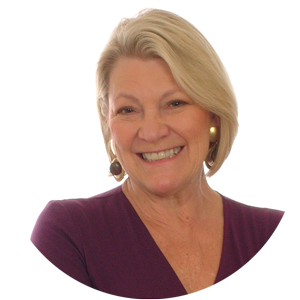 Pati Palmer is co-founder of Palmer/Pletsch , a sewing education company that produces sewing books, videos, and sewing notions . She is author and publisher of award-winning sewing books such as The Palmer/Pletsch Complete Guide to Fitting .

Pati is co-creator with Marta Alto of the Palmer/Pletsch Tissue-Fitting method. She developed popular sewing workshops that take place in four locations around the United States. She has trained teachers in the Palmer/Pletsch methods, and many of them have become Palmer/Pletsch Certified Sewing Instructors (CSIs). Pati has produced many sewing videos with Marta as instructor, and these can be found on this website.  Pati has designed patterns for Vogue, McCall’s, and currently Butterick, which include sewing and fitting tips.

Her first pattern for McCall’s, in 1980, the 8-Hour Blazer, was the first-ever pattern using fusible interfacings and the Palmer/Pletsch “no fail” double-welt pocket. All blazer patterns since are patterned after that 1980 version, including McCall’s blazer M7818 by her daughter, Melissa Watson, who is also a custom suit expert.  Many tips and examples are available from Pati’s blog.

About the Author - Marta Alto 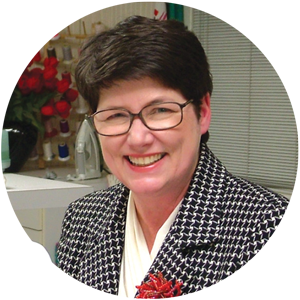 Marta’s career as a sewing expert started when she sewed costumes for the Oregon Shakespeare Festival in Ashland.  That led to a job at San Francisco State University teaching drama students how to sew costumes. Marta learned how to sew without patterns and to fit many actors’ figures. She is co-author of several popular sewing books including The Palmer/Pletsch Complete Guide to Fitting, Pants for Real People, Sewing Ultrasuede, and Jackets for Real People.

Marta traveled throughout North America and Australia teaching sewing seminars, and now gets rave reviews for instruction quality in her Palmer/Pletsch videos, especially It’s in the Details and her serger videos —  now available for streaming from our shop.

Marta helped create the 5-day Sew a Jacket workshop that is now taught at our Seattle and Michigan locations. Learn to Sew a Jacket! streaming from this website is the follow-along-at-home version of the 5-day workshop, now available for streaming.

Marta helped develop the Palmer/Pletsch line of fusible interfacings and a video on how to use them. She also developed tools for our interfacing experts available worldwide. 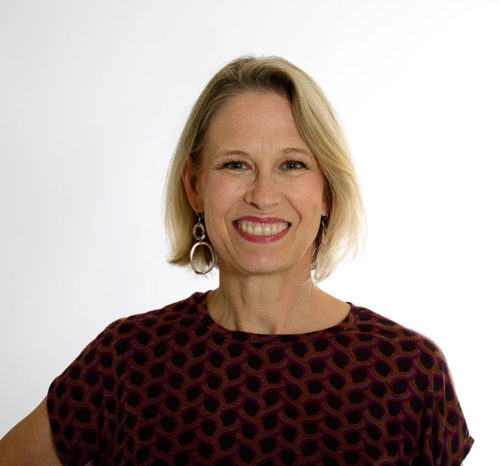 About the Author - Helen Bartley

Helen Bartley is a lifelong student of sewing, and her empathetic teaching style is all the better for it. Helen learned sewing at age 6 at her mother’s knee and studied clothing construction and textiles at Eastern Washington University. A Palmer/Pletsch Certified Sewing Instructor and corporate educator for more than 10 years, Helen offers additional classes in the Portland/Vancouver area through SeamDivas.com. Her book, Fit and Sew Custom Jeans grew out of workshops that she has been conducting for Palmer/Pletsch including her very popular Jeans that Fit 5-Day Workshop. Helen served as technical editor for the Palmer/Pletsch book Knits for Real People  (available as a flipbook too!) and as contributor, garment sewer, and model for that book and the highly regarded The Palmer/Pletsch Complete Guide to Fitting. Helen says, “Even after a zillion pant and jeans workshops, I continue to learn about fitting. Learning to fit and sew any type of garment is an ongoing process. All our ‘real people’ students, while attending class to learn, teach us so very much. Thank you! I hope you’ll jump in, make mistakes, find answers, and ultimately enjoy sewing jeans.”